Please join us for public worship on Sunday evenings at 5:00 p.m. We meet in the chapel at Faith Lutheran Church (931 E Main St, Kent).

Listen to past sermons on Soundcloud (RSS).

Join us for dinner, fellowship, prayer, and to discuss David VanDrunen’s book, Living in God’s Two Kingdoms, every other Wednesday at 6pm starting June 1. We will primarily be meeting at the Pilands’ home. Reach out to Pastor Jacob with questions.

The Priority of the Gospel

The Centrality of Worship

The Necessity of Discipleship

We are a church plant of the Presbyterian Church in America (PCA) devoted unashamedly to Biblical, confessional, Reformed truth; to rich Christian community; and to historic corporate worship.

Our mission is to celebrate the Trinity through God-centered worship as we strive to exalt the glory and grace of the Father, to love Jesus Christ, and to bear the fruit of the Holy Spirit.

Jacob Piland moved to Ohio in 2015 to teach at Cuyahoga Valley Christian Academy. During his six years there, he met his wife, Anginette, who is from Kent, and they married in 2019. They have a shared passion to see the kingdom of God advance specifically in Kent. They welcomed their first child in the Spring of 2022. Jacob grew up in North Carolina and earned his Bachelor of Arts degree from Covenant College in Lookout Mountain, GA, in 2012. He then moved to South Hamilton, MA, where he earned his Master of Divinity from Gordon-Conwell Theological Seminary. After seminary, he moved to Ohio in 2015 and taught at CVCA until God called him to pastoral ministry in 2021. 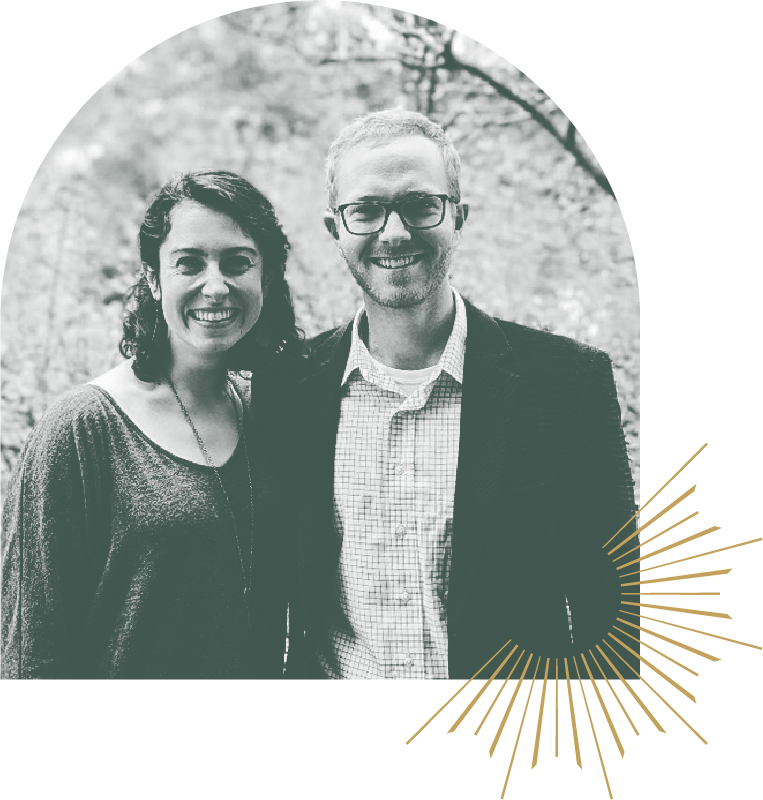 Why a church in Kent?

Kent is a historically industrial city with a small town feel in Portage County, Ohio. It has, as the home of Kent State University, absorbed a new transient culture and a variety of walks of life. These dynamics make Kent an attractive, unique, and exciting place to live for many people.

On a solemn note, the Kent area is keeping pace with the secularization of America. According to the most recent census, over 70% of Portage County population claims no religious affiliation. Of the ones that do, only a quarter of those claim to be evangelical Christians. The need for the gospel of Jesus Christ is apparent.

Our vision is to be a church gathered in Kent devoted to Biblical, confessionally Reformed truth, and we long to become a faithful church that for generations will gather God’s people in Kent, grow together in holiness and a love for truth and worship, and speak and display the gospel of Jesus in Kent and beyond.

How We Arrived Here:
A Timeline

OCTOBER
Discussions begin about Kent’s specific need for the gospel

MAY
Jacob is licensed to preach by the Ohio Presbytery

OCTOBER
Jacob is ordained and installed as CPC’s church planting pastor through Redeemer Church, by the Ohio Presbytery

GIVE TO CHRIST PRESBYTERIAN CHURCH

When giving online, make sure that "Give to Church Plant" is selected.

SITE NAVIGATION
About Us﻿
Sermons

CHRIST PRESBYTERIAN CHURCH is a Congregation of the PCA﻿ and a plant of Redeemer Church in Hudson, OH